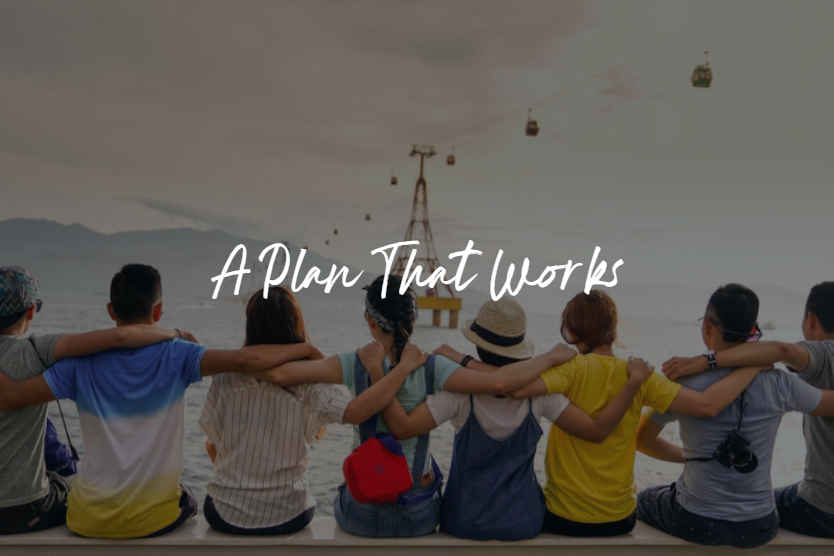 One of the most exciting stories in the life of Jesus occurred in his home town of Capernaum.

As Jesus taught in what may have been the house of Simon Peter, four men carried their paralytic friend to the rooftop, tore the roof away, and lowered their friend right in front of Jesus.

You probably know the rest of the story. Jesus forgave the man of his sins and told him to take up his bed and walk. And, he did!

What made this exciting event happen? How did God use the four friends to provide the man’s healing and to demonstrate the power of Jesus?

First, the four friends planned well. They got together with a plan to take their paralytic friend to see Jesus. They fully expected that the man would be healed.

Second, they worked together. These men were a team. Notice that none of them is named. Good teams are made up of people who work together closely and who don’t have to get the credit.

Third, they persevered. When the way into the house was blocked and too full for anyone to enter, they didn’t quit. They kept on until they found a way, even the unconventional way of going up to the rooftop and tearing off part of the roof. They adapted their plan. Instead of giving up and quitting, they found a different way from what they expected.

Fourth, they put their faith in God. It was their faith that made the miracle possible. The Scripture says, “When Jesus saw their faith,“ He said to the paralyzed man that his sins were forgiven.

As we often say, “it wasn’t rocket science.“ But it was good planning, flexibility, perseverance, and a deep and abiding faith that Jesus was the Son of God and that He had the power to heal.

All of these qualities will serve us well as we seek to live for God.

What great things can be done when we are willing to work together and give our best?