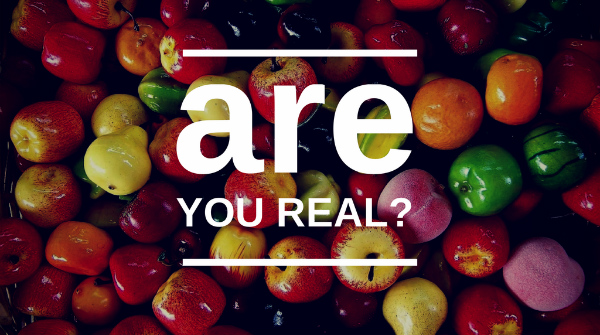 Jesus didn’t practice what He preached.

Instead, Jesus preached what He practiced. He encouraged His disciples to do what He did. He wanted them to pray, love the hurting, and obey the Father.

Jesus wanted their lives to be authentic.

First, God desires authenticity in His followers. He desires a heart turned toward Him.

When Samuel followed God’s instructions to go to the house of Jesse to anoint one of Jesse’s sons as king, Samuel would have anointed the firstborn, Eliab. “But the Lord told him, ‘Samuel, don’t think Eliab is the one just because he’s tall and handsome. He isn’t the one I’ve chosen. People judge others by what they look like, but I judge people by what is in their hearts’ “(1 Samuel 16: 7).

Second, our lost world desires authenticity. How many people have left the church because we did not live authentic lives?

Our children need to see in us an authentic relationship with God. Our right words on Sunday but wrong actions on Monday produce rebellion in children. We can’t get everything right, but we can get our apologies and our repentance right.

David Hume, the Scottish philosopher and skeptic of the 1700’s, listened to the inspired preaching of George Whitefield during the great awakening. When confronted by those who said, “I thought you didn’t believe the Gospel,” Hume said, “I don’t.” Then, he nodded toward Whitefield and said, “But, he does.”

Authentic lives will go a long way toward pleasing God and helping our lost friends know Him.