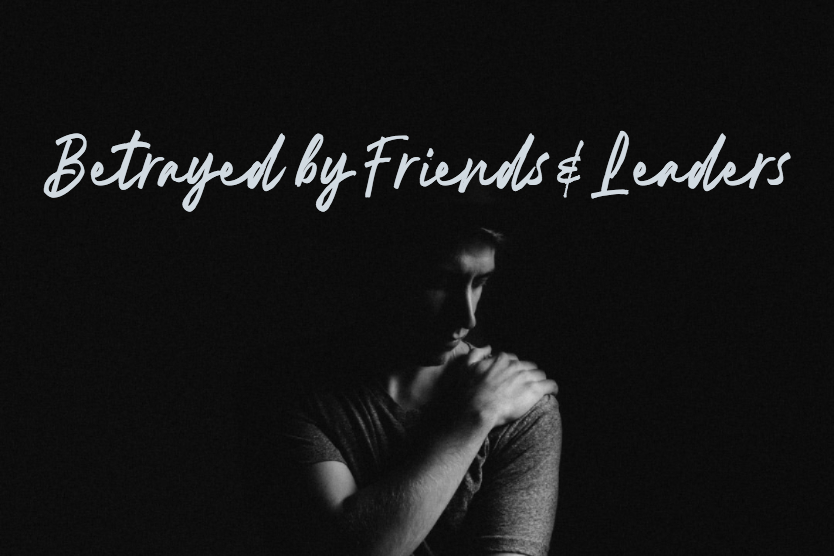 Mark 14 is the story of betrayal.

Jesus Christ, the one sent from God, was rejected and betrayed by those who knew Him best and by those given the responsibility of leading the people of Israel.

First, he was betrayed by one of his own. Enemies can hurt, persecute, manipulate, and reject, but only friends can betray. Jesus had called Judas “friend.“ Judas sat next to Jesus for the Passover meal we call the Last Supper.

Sometimes we think that if we had been in Israel in the days of Jesus we would have had no problem believing, but notice that Judas was there. His problem was not seeing; his problem was believing. Seeing is believing is simply not true. Believing, instead, is seeing.

Putting your faith in God and turning to him in repentance is what brings everlasting life.

Second, Peter, James, and John, the inner circle of the disciples let Jesus down. When he needed them to figuratively “hold up his arms in prayer,” they didn’t come through.

Jesus told them to watch and pray, but they did neither.

Third, Peter succumbed to fear and intimidation and rejected the Lord. Notice that Mark 14 contains an extended understanding and description of Peter’s denial. Most people believe that Peter was the eyewitness source behind John Mark’s Gospel. Peter did not make excuses: he told Mark the story of denial and failure.

Finally, Jesus was betrayed by the very religious leaders who were supposed to hear from God and obey His leading. They had seen it all, as well. They knew about the resurrection of Lazarus and making the lame walk. They feared, as they said, that all Israel would believe in Jesus and then the Romans would come and take their land and take their place as well.

They sold the soul of Israel like Esau had done.

What did Jesus do with all this betrayal?

Amazingly, He became the once for all sacrifice for every sin, including the sin of betrayal.

“He who knew no sin became sin for us that we might become the righteousness of God“ (2 Corinthians 5:21).