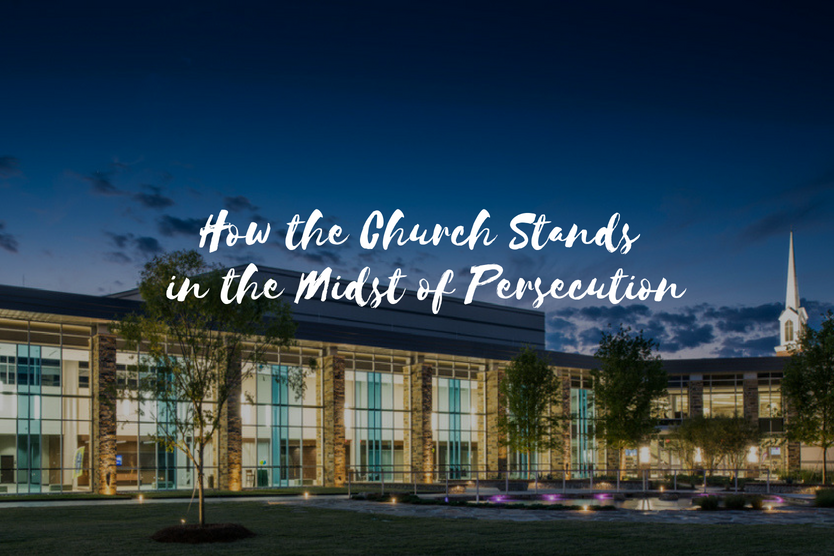 The church will face opposition.

Jesus made this plain. He warned His disciples about impending persecution and opposition. He knew the opposition would come, and He prepared them for the future.

Jesus warned His disciples that if the world hated Him it would hate them also. He prepared them for persecution but assured them that He had overcome the world. “I have told you these things, so that in me you may have peace. In this world you will have trouble. But take heart! I have overcome the world” (John 16:33).

Acts four shows how the early church faced opposition and used the opposition as an opportunity to spread the good news. What did they do?

First, they lived lives of obedience to the Spirit of God. This brought them into favor with many of the common people. As Peter and John stood before the Jewish religious leaders, they were found blameless other than having preached that Jesus is the Christ and that God raised Him from the dead.

When we are pure of heart, we place ourselves in a position to stand firmly before those who would oppress us and harm the message of Christ.

Second, they spoke as the Spirit led. Filled with the Holy Spirit, Peter preached a strong, coherent, and clear message about who Jesus was and what He came to do. Often we seem to assume that the Spirit’s message is unintelligible when actually it is clear and to the point. When we speak in obedience to the Spirit, we speak God’s Word in God’s power.

This is exactly what Jesus told them would happen. In the face of opposition, they should depend on the Spirit to give the right words to speak.

The leaders had missed the truth about Jesus. Peter used their opposition and persecution (Peter and John were jailed for a night) to show them the truth.

We can do all of these things. We can live lives of purity, and we can clearly and perceptively tell who Jesus is and what He came to do.

In this world, we will have persecution, but Christ has overcome the world and has prepared us to use our hurt for His glory.