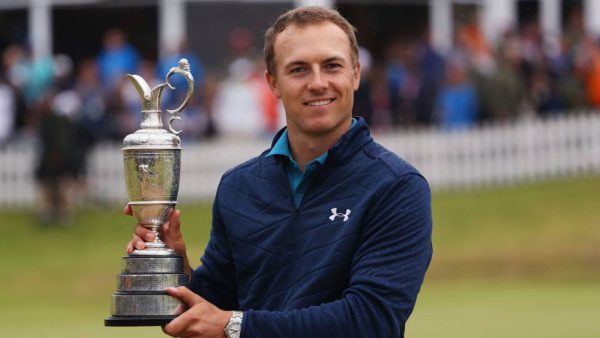 I had an interesting day yesterday.

First, Martha and I worshiped with my mother at the church where I grew up and where I remained a member until I became pastor of my first church.

It’s always a joy to worship with other people and especially people you’ve known through the years. It was that kind of blessed experience.

After church and lunch, I turned on the British Open (golf) Championship just in time to see Jordan Spieth crowned British Open Champion.

I then watched his press conference.

It became very clear that this is an impressive young man (he’s only 23 years old). Already he joins Jack Nicklaus as the youngest three time major champion winners ever. He got to the three championship level faster than Tiger Woods. His accomplishments rank him with the best golfers of all time.

All of that is impressive. What is really impressive is Jordan Spieth the man.

As I watched the press conference, I noted these three areas. First, he talked about how his caddie gave him a word he needed to hear. With his game floundering and the tournament getting away from him, his caddie reminded him that he deserved to be part of the list of greatest athletes of all time. Jordan Spieth described how that gave him confidence, that recognizing who he was made a difference in his game.

I believe this is what happens when we recognize who we are in Christ. We need to remember that we have been “crucified with Christ.” We need to know and remember – – and live – – as children of the king. We are members of His family and He wants the best for us.

That press conference was a tremendous help in reminding me who I am and who you are in Christ.

For Jordan Spieth, it meant playing like one of the greatest golfers of all time. For you and me, it means living as who we are. We belong to Christ, and He has changed our lives.

Second, one of the reporters asked him about the place of golf in his life. Spieth quickly said that, “no, Golf is not first. That would be faith and family.” If you know anything about Jordan Spieth, you know that this is true in his life.

Third, Jordan Spieth acts like a person of faith.

Though he is supremely confident, he is surprisingly and wonderfully humble. Though many, many people know his name and face, he doesn’t think the world revolves around him.

We live in a time in which we desperately need role models of faith. We need to concentrate on the faithful who have gone before us and showed us the way of Christ.

I am always amazed what you can learn from other people. May you and I learn to live as Christ in our world and let us represent Him as who He really is – – the King of kings and the Lord of lords.