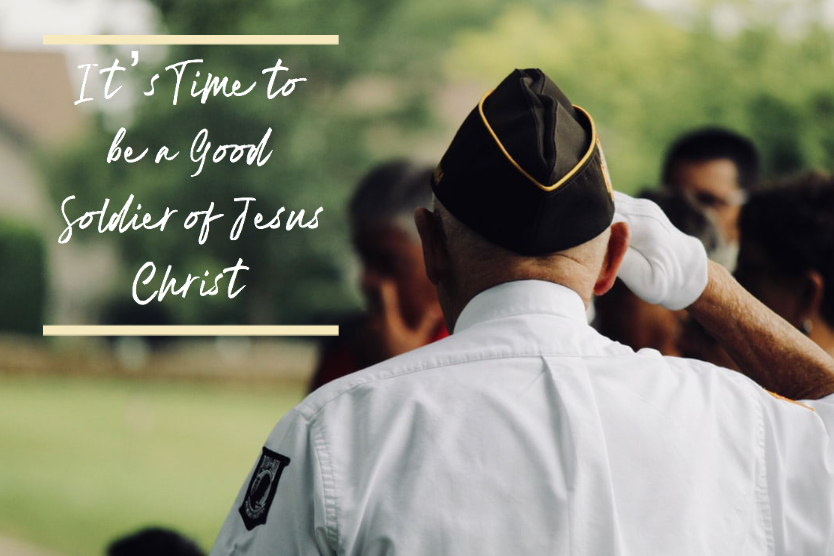 From prison where he would suffer execution, Paul challenged Timothy (and us) to teach truth, be strong in the grace of Christ, and join Paul in hardship by being a good soldier of Jesus Christ.

“You, therefore, my son, be strong in the grace that is in Christ Jesus. And the things which you have heard from me in the presence of many witnesses, these entrust to faithful men, who will be able to teach others also. Suffer hardship with me, as a good soldier of Christ Jesus” (2 Timothy 2:1-3).

As I think over what has happened to the whole world, these verses have strengthened and encouraged me. While we go through hard times with an uncertain end, Paul endured even more.

If you read all of Paul’s second letter to Timothy, you know that he struggled knowing what he faced at the hands of evil men. Yet, Paul continued to equip Timothy for his own uncertain times.

First, Paul told Timothy to be strong according to the grace in Christ Jesus. It is much like saying to be “strong in the Lord.” To be strong we need what God can give.

Second, Paul reminded Timothy of the truth which had been given of God through Paul and the apostles and prophets. This body of truth became the foundation of the New Testament upon which the church has been built.

Uncertain times demand truth. My prayer has been that people would now be open to the truth. Have you prayed for revival to come over the world?

Third, gather other faithful people around you who can hold up your arms in prayer and give you strength when you are weak. God never intended us to fight alone. He gave the church to surround us with those who will teach with us and who will teach after us.

Fourth, live as a good soldier of Christ. Paul knew that soldiers have one focus that always keeps the goal of victory before them. He also knew that good soldiers endure hardship in order that they may win that victory.

You and I have been called to be good soldiers for Christ. Let us keep our eye on the goal and let us endure suffering that we may live for Him.