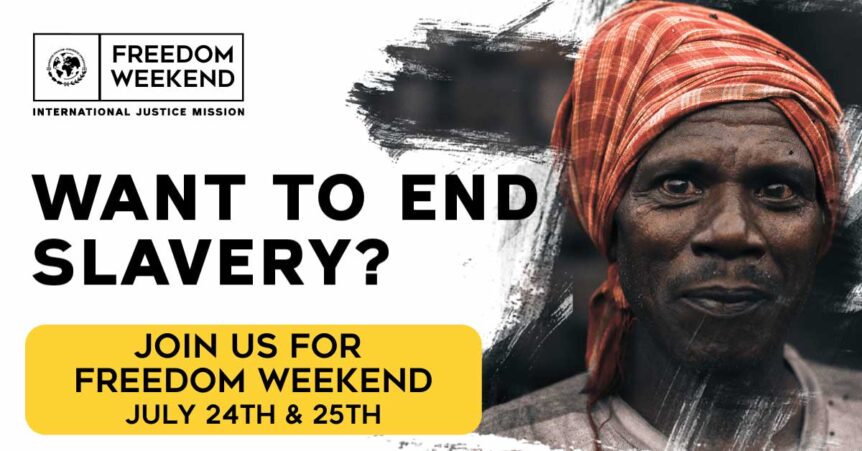 At this moment, millions of people made in God’s image are trapped in slavery.

Human trafficking is a massive global enterprise. In total, slave owners around the world make about $150 billion a year — two-thirds from commercial sexual exploitation — by preying on some of the world’s most vulnerable people. About 80% of human trafficking victims are women and girls, and up to 50% are minors.

At FBC Covington, we want to be a part of ending slavery in the world.

We’re linking arms with International Justice Mission (IJM), a global organization that partners with local authorities in 24 program offices in 14 countries to combat slavery, violence against women and children, and police abuse of power against people who are poor.

IJM doesn’t go at this alone. They work to rescue and restore victims, bring criminals to justice, and strengthen local justice systems in partnership with churches like ours and people like you.

Through prayer and giving, we at FBC Covington will partner with IJM to support a rescue operation in the Dominican Republic.

The Dominican Republic is a global tourist destination known for its beautiful, sandy beaches, but the country is also a hotspot for human traffickers and sex tourists. Sex trafficking in the Dominican Republic is predominantly street based. Customers easily purchase girls and teens by working through buscones — young men who work as pimps and drive taxis or motorbikes.

In 2003, the Dominican Republic passed its first law against human trafficking. Three years later the government enacted a plan to combat child sex trafficking, but only six convictions occurred in the decade since the first law was passed.

Authorities are willing to act, but they need more resources to implement the laws that will free children and restrain traffickers.

There’s still more work to do, and we as a church can help.

You’re invited to Freedom Weekend on July 24-25 to learn more about how you can partner with IJM in a rescue operation in the Dominican Republic.

During the worship service you attend, you’ll hear from Jeff Hancock, Director of Church Mobilization for IJM, about how we at FBC Covington can join the fight to end slavery in the Dominican Republic and around the world.

In the meantime, please help us spread the word! It’s easy. Share this blog and our latest posts about Freedom Weekend on Facebook, Instagram, and Twitter. Make sure you keep an eye out for updates in your inbox and on social media!

As Freedom Weekend approaches, join us in prayer about how God would have us at FBC Covington partner with IJM to end slavery and injustice — until all are free!