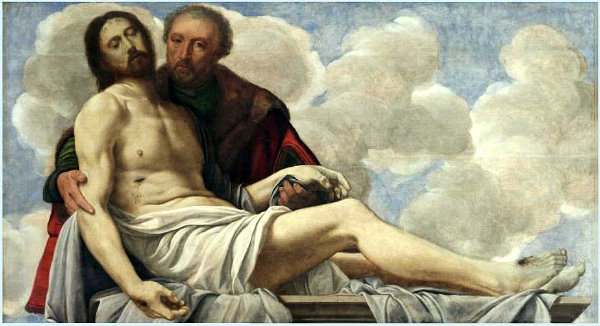 One of my heroes is a man named Joseph.

You might know him as Joseph of Arimathea, the rich man who asked for permission to take the body of Jesus from the cross and give him a proper burial (Luke 23:44-56).

What he did was almost unheard of and quite courageous.

It was unheard of because people who have been crucified almost never received a proper burial. The norm for Jesus would have been that His body would be taken from the cross by Roman soldiers, handled roughly, and thrown on the garbage dump of Jerusalem. I’m not sure any of us can imagine a more horrible scenario.

It was courageous because Joseph put himself between the Romans and the Jews. He had to ask Pilate for the body of Jesus. Pilate hated the Jews. He tried to do everything possible to get back at them. That’s why he put the plaque above the cross stating: “This is the king of the Jews.” Joseph took the body of Jesus, washed it, and wrapped it in linen according to the burial customs of the Jews. He placed spices between the folds of the linen as a proper burial of our Lord.

Joseph is described in Scripture as a righteous man who was looking for the kingdom of Israel. Those words describe people like Anna and Simeon of Luke 1–2 who were looking for the Messiah.

Joseph apparently was a secret disciple of Jesus. That secrecy ended when he asked for the body.

His giving Jesus a proper burial declared that he followed Jesus.

This was not an easy time in Jerusalem. After the crucifixion and resurrection, the Jewish leaders instituted a vigorous persecution of the followers of Jesus. Saul of Tarsus made up a part of that persecution.

I thank God for Joseph of Arimathea. He gave his money, his own burial place, and possibly his future to stand for Christ and to give our Lord the burial foretold in Scripture, “he was buried with a rich man” (Isaiah 53:9).

I don’t know of any place where Joseph is called a hero of the faith, but he is a hero to me.

What will you do for Jesus?