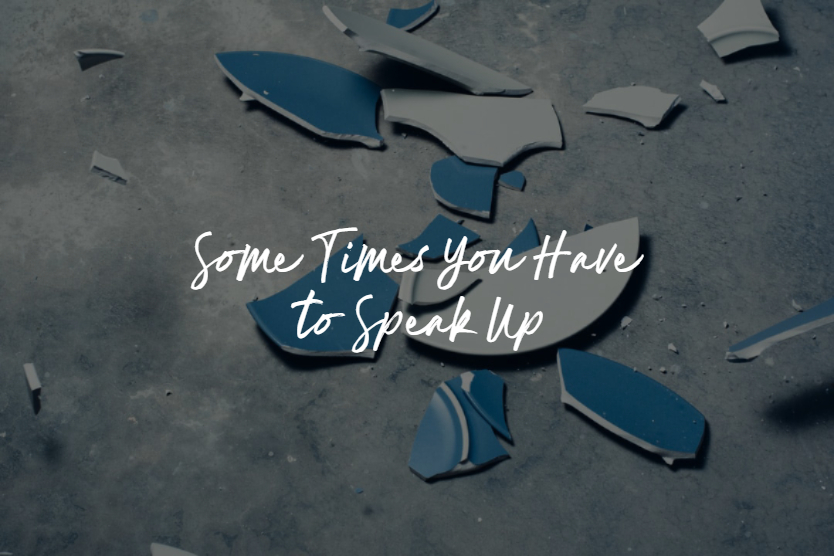 There are times in life when you have to speak up. Some of those times are the very hardest, but they are also the most important.

Jeremiah found himself in that situation as God’s prophet to the people of Jerusalem and Judah.

The personality of Jeremiah is well known. He did not choose to be a prophet. Rather, God chose him and set him apart to be a prophet to kings, kingdoms, and nations.

While Jeremiah would never have chosen his life situation, he readily accepted God‘s call to speak God‘s word to the nations.

That’s how Jeremiah found himself in the Valley of Ben Hinnom in Jerusalem.

God told Jeremiah to go to the potter’s house to purchase a water jug and to take with him leaders of the people of Israel, both priests and elders.

In their presence Jeremiah smashed the jug and used it as an object lesson. As the pottery was smashed to pieces, so would Jerusalem be destroyed as well.

What was it that Jeremiah needed to speak up about?

Jeremiah 19 shows two major issues that God had with the people of Judah and Jerusalem.

First, they had forsaken the Lord and had worshiped other gods. The people had begun to worship as the Canaanites did. They practiced the same abhorrent immorality that occurred on the high places where the people worshiped Baal.

Second, they offered their children as a sacrifice to these pagan gods. God condemned their practice and told them he had not commanded or mentioned such a practice nor had it ever crossed His mind.

We always need to remember we become like the one we worship. Baalism promoted immorality and child sacrifice, and the people of Judah adopted it. They became like the people around them and the god they worshiped.

Jeremiah spoke up and told the people that God‘s judgment was coming because of their rebellion, selfishness, and blatant disobedience of God. God had spoken through His prophet.

What can we say and do to speak God’s truth in God’s way and in God’s time?