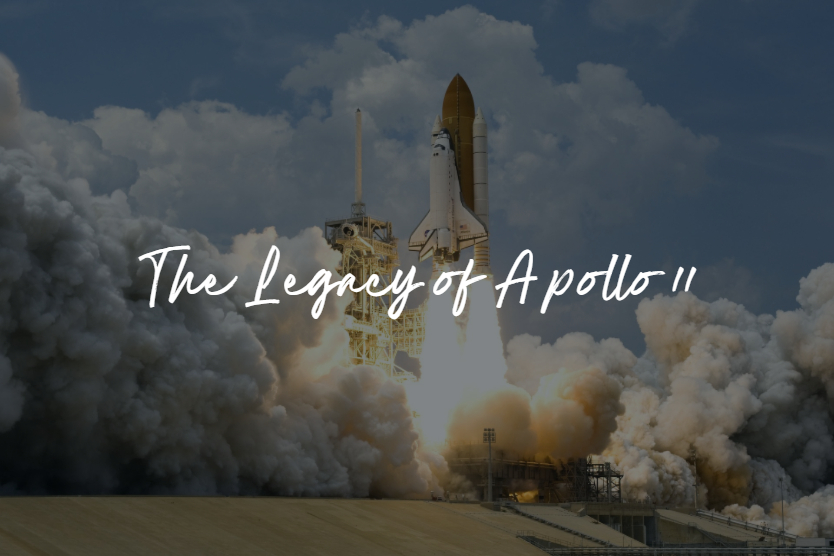 Apollo 11’s flight to the moon was 50 years ago. It’s hard to believe it has been that long.

It’s not just the passage of time that is amazing. It is also the fact that landing on the moon and returning safely could have been done in such a relatively primitive time in computing. We are always reminded that our personal smart phones have more computing power than the computers controlling the lunar landing.

Of all the things that have been said this weekend, two subjects stand out the most to me.

The first has never really been reported on a large scale. You may have read that Buzz Aldrin sent a message back to earth requesting that all those listening should contemplate what had taken place and “to give thanks in his own individual way.”

At that point NASA censured the communication. I watched all of this intently 50 years ago with my family. I suppose every family did much the same. We didn’t know what happened next.

As Neil Armstrong watched quietly, Buzz Aldrin read a verse from the Gospel of John: “I am the vine, you are the branches. Whosoever abides in me will bring forth much fruit. Apart from me you can do nothing.” He then opened two small packages from his church in Texas, containing bread and wine to commemorate the work of Christ and to give thanks to God for a successful trip and landing.

The Apollo 8 astronauts earlier read from Genesis 1 during a Christmas Eve broadcast from orbit around the moon. Faith in Christ had a significant place in space exploration.

The landing of the Eagle lunar module was a once in a lifetime event for most people on earth. Can you imagine what it would have been like in my little family if we had worshiped with Buzz Aldrin and believers all around the world at that time as he partook of holy communion?

The first food prepared and consumed on the moon was to commemorate the sacrifice of Christ for the sin of the world. Buzz Aldrin and Neil Armstrong were able to contemplate that sacrifice as they looked at earth from the surface of the moon.

The work of Christ is no less an event from where we sit today. What Christ has done must be talked about and proclaimed as the singular event of all world history that it is.

To God alone be the glory!

Tomorrow, I will write about the second significant subject from Apollo 11. You can view it and other of my posts at waylonbailey.com.