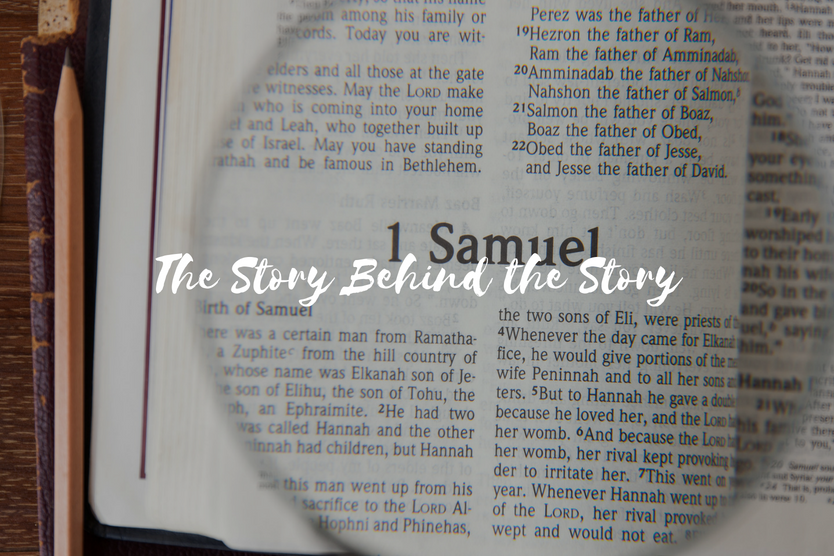 The story of the birth of Samuel is an amazing story filled with human drama which vividly depicts human nature (1 Samuel 1). Out of her devastation, Hannah cried out to the Lord to give her a son. In response, she promised to give him to the Lord to serve the Lord for all of his life.

God gave Hannah a son, and she “loaned” him to the Lord (her word for giving him to God).

That is a great story, but there are other parts to the story that make it even more compelling.

First, notice that Elkanah had two wives. The first was Hannah and the second wife was Peninnah. Presumably, Elkanah chose Hannah out of love, devotion, and compatibility. He chose Peninnah only after it became apparent that Hannah could not bear children.

Childlessness was devastating to both Hannah and her husband. While we understand on some level Hannah’s sorrow, Elkanah does not make sense to us.

This was the beginning of God’s revelation to the people of Israel. At this point, the Hebrews were without a capitol or a king. Except for Moses, the people of Israel had never had a prophet. 1 Samuel 3 tells us that the word of God was rare in those days. They did not hear from God often. The Hebrews did not have the assurance of a resurrection. They accepted the culture of their day that taught a man’s future would be carried on in his children. It was imperative to have children.

Elkanah did what others had done in his situation. He took a second wife for the express purpose of having offspring.

Second, Peninnah ridiculed and agitated Hannah. Isn’t this human nature at its rawest form? The second wife tormented Hannah for her childlessness. No doubt out of her jealousy for not being the favored wife, Hannah’s rival (the exact Hebrew term) provoked her. Can’t you see how polygamy is not viable and actually injurious to everyone?

Finally, notice how the hurt and pain of human beings actually served to bless the people of Israel. God called Samuel to serve him as a prophet, priest, and leader. God used Samuel to accomplish his purpose.

Think of how significant this is. Samuel anointed David as king, and the Messiah came from the line of David. Through the death and resurrection of Christ, we see that our hope comes not from earthly children but from God’s Messiah.

May we serve our God in these wonderful ways.