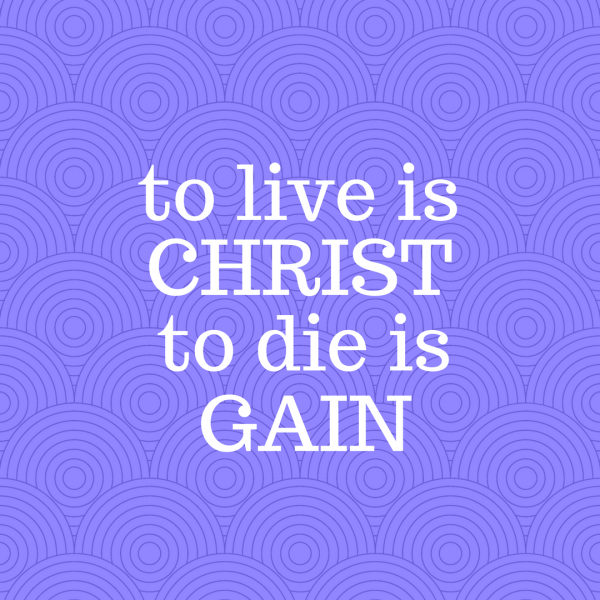 The Apostle Paul faced the very real prospect of an imminent death. He had been arrested, jailed, and placed on trial. He waited to find out the verdict.

While we can’t be completely sure, most biblical scholars assume that Paul was acquitted and released from prison. Later, he was arrested again and executed by Rome during the reign of Nero as emperor. His execution and that of Simon Peter occurred within a 2-4 year period of time.

Paul struggled with death but not in the way we normally think of that struggle. As he looked at the future, he gave us three things to know before we die.

First, death is real, but it is not the end. Paul used the word “depart” to describe his impending death (Philippians 1:19-26). The word “depart” was often used by the Roman military. When the army broke camp and moved out they “departed.” When the Navy cast off the lines allowing the ship to leave port, they also “departed.”

Paul used this word to indicate the nature of living with Christ. When we break camp from this life, we set up life in another and better camp.

Second, for the Christian, death means being with Christ. As Paul contemplated his future, he knew that to depart would be “better by far.”

In 2 Corinthians 5:1-2, Paul contrasted this life with heaven by describing the difference between a tent and a house. “For we know that if the earthly tent we live in is destroyed, we have a building from God, a house not made with hands, eternal in the heavens.”

I am always amazed at the vivid contrast Paul made. While camping may be fun from time to time, it’s no way to live. But, to have a house in the heavens not made with hands which is eternal is amazing to contemplate.

Third, life for the believer means a life of fruitful labor for Christ. It means blessing other people and helping to bring them the joy that is in Christ.

For this reason, as Paul contemplated death, he chose life. He chose life so that he might minister to the church at Philippi and to encourage them and their service for God. While death (and thus being with Christ) is “better by far,” life in Christ is fruitful labor which produces love, joy, and peace for others.