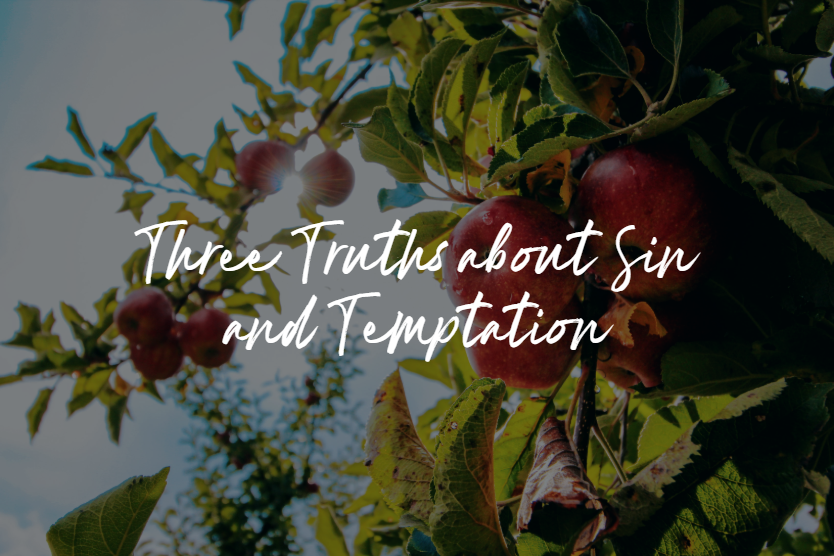 All Scripture is true, and all Scripture teaches us truths by which we can live in strength and power. Genesis three is especially instructive in how to live in the midst of sin and temptation. Here are three truths from God’s Word.

First, we all struggle with temptation.Like Eve we see things we think we must have. She saw that the fruit was good for food, a delight to the eyes, and desirable to make one wise.  Those were things she thought she could not get any other way. We assume the same thing about so many other desirable aspects of our lives. John the apostle said something similar: “For all that is in the world, the lust of the flesh and the lust of the eyes and the boastful pride of life, is not from the Father, but is from the world. And the world is passing away, and also its lusts; but the one who does the will of God abides for ever“ (1 John2:16-17).

Second, we will have to deal with the consequences of our rebellion.We live in a moral universe where our actions have consequences. The sin of Adam and Eve set up a cause and effect relationship that has resulted in harm throughout the entire creation. Paul asserted: “For the anxious longing of the creation waits eagerly for the revealing of the sons of God. For the creation was subjected to futility, not of its own will, but because of Him who subjected it, in hope that the creation itself also will be set free from its slavery to corruption in the freedom of the glory of the children of God. For we know that the whole creation groans and suffers the pains of childbirth together until now” (Romans 8:18-22).

We live in pain and suffering because of our love for sin and our neglect of the teaching of God.

Third, we don’t have to sin. While we all struggle with the world, the flesh, and the devil, we still don’t have to be crippled by sin and temptation. God has provided everything we need to overcome.

When we pray fervently, read, study, and follow God’s Word, and depend on the Spirit to guide us, we have all we need to deal with our temptation.

Have a great week!
by Waylon Bailey