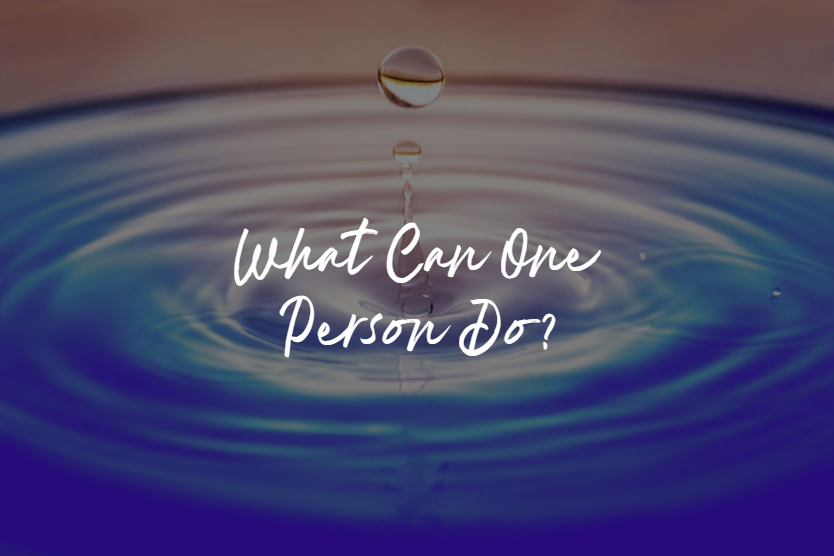 With 7.6 billion people in the world and problems beyond measure, what can one solitary person do? It seems there is nothing we can do to make any difference.

Fortunately, the Word of God is filled with examples of people who made a difference for God. They lived for the glory of God and for the good of others. They made a genuine difference.

Barnabas was one such person. What did he do to make a difference?

First, he helped establish and encourage the Apostle Paul (Saul) as he became the greatest theologian, evangelist, and church planter in the history of the church. Barnabas stuck his neck out to commend Saul to the Apostles in Jerusalem (Acts 9:26-31), and he mentored and equipped Paul.

Barnabas is not really a name. It simply means encourager. They called him “Encourager” because loved people and helped make them the best they could be.

Third, he established the leading church in the Roman Empire. Antioch of Syria was one of the three largest and most influential cities of the empire. Barnabas led the church effectively and set up a missionary enterprise which Paul would use to the fullest advantage.

Finally, he lived a life of humility and faith. He followed the teaching and example of John the Baptist in exalting Christ. John said, “He must increase and I must decrease.” Barnabas lived in the same light and used what he could do to make the people around him better.

We often talk about elite athletes who make the people around them better. Barnabas took a different course to equip the leaders of the fledgling church and turn them into a committed people who took the Gospel to the world.

Barnabas’ humility, faith, perseverance, and hard work made a profound difference in the history of the Christian church.

What can you do to make a difference?