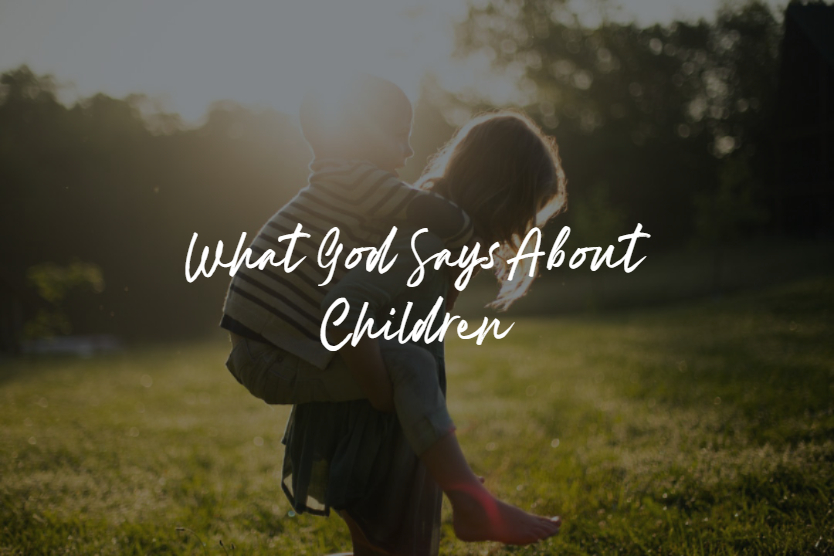 We rightfully put a huge emphasis on children, how they are raised, and what is best for them.

God’s Word gives us invaluable insight about children and how they should be raised.

Here are a few of the many emphases the Bible has about raising children.

First, children are a gift of God and should be raised with that in mind. To have children and to get to influence the next generation is a magnificent gift. Before you can do the right things about most anything, you must have the right attitude. This is certainly the case with children.

The Hebrew people lived among pagan neighbors who had little or no regard for children. The Canaanites and their fertility religions even sacrificed children to their pagan gods. As often is the case, the Hebrews were influenced by the people around them. Many of them starting sacrificing their children as well.

Second, children should be raised and trained in the ways of God and His righteousness. When you look at the wisdom literature, particularly the Proverbs, you see many references to training up children. God wants His people to equip the next generation to worship and serve the Lord. He alone is God, and He alone is to be worshiped.

Third, Children should be treated with kindness, compassion, and love. Paul told the Gentile churches to not discourage their children. They should be careful about their words and actions. A child’s mind is malleable. At an early age, children are influenced by those raising them. Paul told them not be harsh to their children.

This command must have seemed beyond belief to the gentiles, even gentile believers. The Roman world had little or no regard for children but God sees children of inestimable value. They are to be taught the ways of God and trained in Godliness. They are to be raised to serve God and to worship Him alone.

Finally, Christian children are to obey their parents in everything because this pleases God.

Are we living according to these principles? Are we raising our children to love the Lord their God with all their heart and mind and soul?