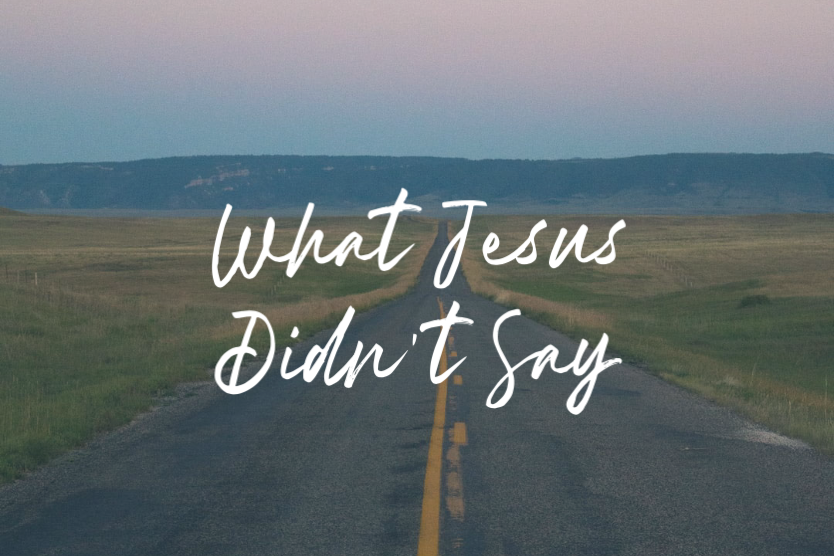 There are a lot of things Jesus didn’t say. Some of those things are said about Him and about His teaching everyday. Sometimes we hear these things so often that we assume Jesus had to say them.

Think with me about some of the things Jesus didn’t say.

Jesus, in fact, said the opposite of all those things.

Luke recorded some of the things Jesus said to people. He told people to “Count the cost.” He told them that commitment and growth were essential.

He said, “No person having put his hand to the plow and looking back is fit for the kingdom of God.” When people gave reasons why they couldn’t do something at that time, He told them things like, “Let the dead bury their own dead” (Luke 9:57-62).

Jesus called for radical commitment that would bring about a radical way of living. Jesus called for an “all-in” kind of allegiance to Him and His kingdom. Are you living “all-in?”

How we have watered down the Gospel! How we have missed the point of what Jesus called us to do.

It’s time for believers to quit being timid; it is time to be bold. It’s time that we lived out the faith we proclaim and yielded ourselves to His commands.

It’s time that we quit looking for shortcuts and look instead for the long road and the narrow way.

Only then will our world take us seriously and hear the words which call for service and sacrifice and submission to Him.

If we don’t follow Him as Lord and Master, why should we expect anyone else do so?