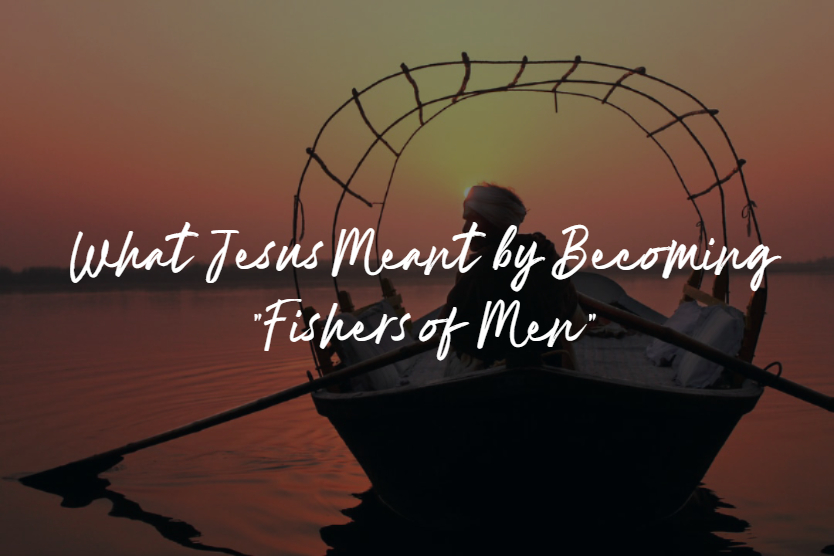 Many people react negatively to this passage of Scripture. They somehow see some malevolent intent in the words of Jesus, As if Jesus means to “hook” or “trap” or something worse.

But Jesus never manipulated or trapped anyone. Instead, He counseled people to count the cost. He recognized that He was asking His followers to do the hard thing.

What did Jesus mean when he said to Andrew and his brother Peter that He would make them “fishers of men?”

First, Jesus simply used a metaphor that made sense to them. They were fishers, and they understood catching fish. Now their vocation would be more significant and life-changing. They had started out with one trajectory and now Jesus would lead them on a very different path in life.

Second, they would accomplish their purpose by following Christ. It’s interesting that Jesus did not ask them to set a goal or to do anything other than simply follow Him. They would learn to reach people by watching what He did and using the gifts which He would give. What they did would be by His direction and in His power.

Third, Jesus called them to count the cost and make a life-changing decision to follow Him. They would be asked to leave the boat (their means of livelihood) and their father (significant relationships) to follow Jesus. He did not mean that they should abandon family but rather to place it in the correct place of significance. Service for Christ is exclusive, demanding, and full of significance.

Fourth, Jesus used this metaphor to begin the process. He would end by giving them a world-wide perspective. They would themselves be asked to make disciples by going into all the world. They would experience God, and God would use them to make a difference in people’s lives.

This is our call as well–a call to take the Gospel of hope to a world of despair.