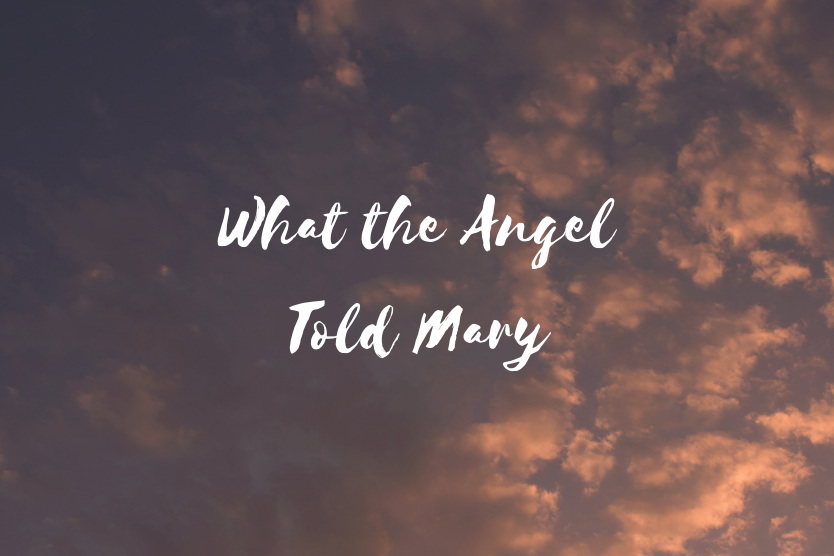 Luke 1:26-38 may be one of the most exciting and significant angelic encounters ever. These verses tell of how the Angel Gabriel foretold the birth of Jesus.

What did he tell her?

First, he called her “highly favored” and said that the Lord was with her. This troubled Mary, as well it should. After all, she was probably somewhere between 14 and 17 years old and she was speaking with an angel about the birth of her child.

Mary struggled wondering what kind of situation it might be.

Second, the angel told her not to be afraid. Do you realize how many times God told someone not to be afraid? Why would we fear to do the will of God? Though we may not know the future, we know God guides and blesses those who do His will. Therefore, telling Mary not to fear is a logical and meaningful word of encouragement.

Third, Gabriel told Mary she would conceive and bear a son and that she would call His name Jesus. Can you imagine the confirmation which Joseph and Mary experienced when they realized that each had been told to call the child Jesus?

Fourth, Mary received the word about the greatness of this child and ruler. The angel assured her that He would be great and would be called the Son of the Most High God.

Fifth, the angel told her about the coming kingdom. Jesus would rule over the house of Jacob and His kingdom would have no end. When Isaiah spoke of the coming Messianic King, he too talked about the kingdom that would not end (Isaiah 9:6-7).

Sixth, after Mary’s asking how this could be, the Angel explained God’s power. “The Holy Spirit will come upon you, and the power of the Most High will overshadow you; and for that reason the holy offspring shall be called the Son of God” (Luke 1:35).

Finally, the angel assured Mary that nothing is impossible with God.

We need to learn all these lessons, especially the last. We need to live knowing that God is the Lord and that His purpose will be done in the earth. Nothing is impossible with God.

You can receive all of my daily devotionals by subscribing at waylonbailey.com.