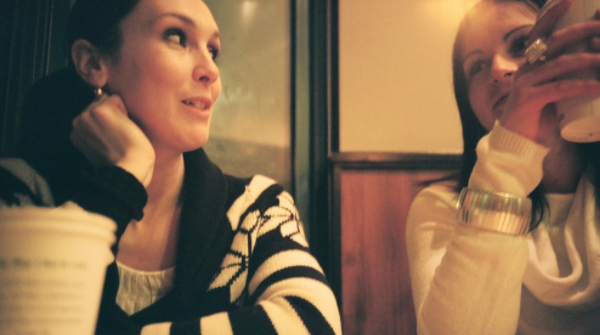 As I preached yesterday I became acutely aware of John the Apostle’s depiction of how so many people told their friends and family about Jesus (John 1:35–51).

It’s really amazing. You immediately begin to get an understanding of how the New Testament church grew. It was one person telling another person of who they had met and what they had seen.

In a few short verses, John gives three encounters that helped take the message of Jesus to a number of people. First, John the Baptist pointed out Jesus to two of his disciples. He described Jesus as “the Lamb of God.” This phrase had associations with the Old Testament practice of sacrifice. John the Baptist was describing Jesus as the One who takes away the sin of the world.

These two disciples of John immediately began following Jesus. They spent time with Jesus and learned of Him.

Second, one of those disciples was Andrew, the brother of Simon Peter. Andrew’s encounter with Jesus convinced him that Jesus was the Messiah. Immediately (the text says this was the first thing Andrew did), Andrew told his brother Simon that he had found the Messiah.

In Simon’s normal way of doing things, he immediately went to Jesus to judge for himself. The result was Jesus giving Simon the name Cephas (the Aramaic word for “rock”).

Philip (was this the second disciple of John the Baptist?) told Nathanael about Jesus and described Him as the Messiah from Nazareth.

Like Simon Peter, Nathanael had questions. After his encounter with Jesus, Nathanael confessed Him as the Son of God and the King of Israel.

A careful study of this passage shows that each of these testifiers simply told someone they already knew. These were people who trusted those who were telling them about Jesus.

The best way we can witness is to tell someone we know and love about Jesus. It’s not hard to see someone coming to faith in Christ when they hear about Him from someone who loves them and someone they trust.

Who will you tell about Jesus this year? Who is it who is waiting on you to be faithful and obedient to God? Who is it who trusts you with their eternal destiny?

You and I can make a real difference by simply looking for people we already know.